Homecoming
I am delighted to report that Ben and I are home safe and sound. I was very sleepy for the first couple of days, but it is not Monday morning, and my family have all gone to school or work, and for the first time in a long long time I am alone, all is quiet, and I have nowhere else I need to be. It truly is wonderful to be home. There is nowhere else in the world I would rather be. It’s been lovely to see my husband and other son, and the twin girls (feline) have been taking it in turns to not let me out of their sight!
It is a strange feeling unpacking and putting things away, the clothes that I have worn so many times in so many amazing places over the past month, the little trinkets & gifts I’ve bought here and there. I felt quite dizzy yesterday, and still a bit ‘out of it’ today, so very happy that I’m not going back to work just yet. I will be doing more writing this week so keep an eye out on the other pages, especially the Israel Reflections one, as I have so much more to process from our incredible experiences there.
​Challenges
So, Silvia, what was hardest on your trip?
The points which I found most challenging (terrifying!) were:
1. looking for Ben’s passport in Heathrow (not an experience I’d like to repeat)
2. climbing the tight spiral staircase inside Michelangelo’s dome on top of St Peters …this awesome climb is a nightmare for both claustrophobics and agoraphobics, alternating between tight enclosed steep steps and mindbendingly high lookouts. I decided to keep smiling (literally, I did keep smiling and it really did help, albeit between gritted teeth) and stay close to Ben, and tell myself that thousands of people have done this quite safely and that I was OK and safe and it was alright. The bit where the staircase bends over the curve of the dome got a little interesting as you can’t even stand up straight, but we made it yay!!
3. getting into a new Audi (black of course!) at Heathrow, after little sleep, after the most full-on week in Israel, and trying to start it. No key, of course, and various peculiarities. But we managed to drive away and not crash (actually the car was awesome).
4. driving the old bit of the M1, where it narrows but stays as 3 lanes, so that there is literally 10cm between the trucks and cars changing lanes and going 80 mile an hour and OMG!!
5. driving to Victoria Station in London. It was only 5 miles from the backpackers but I was a shivering wreck by the time I parked the car in a tight carpark building at the Victoria Coach Station (and certainly wishing I’d just done the return back to Heathrow!) at 5pm. Kind of fun in a very stressful kind of a way.
6. arriving in Hong Kong at midnight, finding that the smallest note the ATM would give was bigger than the biggest note the ticket machine would accept, for the train ticket into the city. Thankfully after a couple of rides up and down the lift between airport and train station Ben managed to get the right change. Then the problem was that he was ravenously hungry, and nothing was open in any of the subways, until we emerged exhausted and starving out into the musky Hong Kong heat and there was a perfect little noodle house.
7. arriving in Tel Aviv, also at midnight, to find that the ATM machines wouldn’t accept either of my cash cards, and my credit hadn’t transferred in time, but by changing every bit of money I had into New Israeli Shekels (NIS) we had JUST enough for a shared taxi to our hostel and the bus to Jerusalem the next day.

So, not too many ‘oh crap’ moments really. We didn’t break anything or lose anything (except my reading glasses). We never lost each other. We didn’t get hurt (miraculous considering Ben’s desire to climb & jump everything!). We never felt under threat or have anything stolen. Basically my plans worked well.

Regrets?
If I could go back and give myself advice this time 2 months ago I would say:
- take a long skirt: short skirts are no good to you in Israel where showing one’s knees is a ‘no-no’
- get a currency conversion ap on your phone, and get Ben to work out the exchange rates (he was better than me at that stuff, I just got muddled)
- take a high dose of VitC after each long flight (the cough I developed after the first flight was not a welcome companion on our journey)
- don’t bother booking train tickets in advance (I managed to stuff up my Italian rail booking by getting the town name wrong! … and it seemed to be cheaper to buy the tickets locally than online)
- an extra day in Jerusalem after our course finished would have been really nice
Our journey by the water:
Wonderful blessings on our journey so far
Lost things and balls-ups: 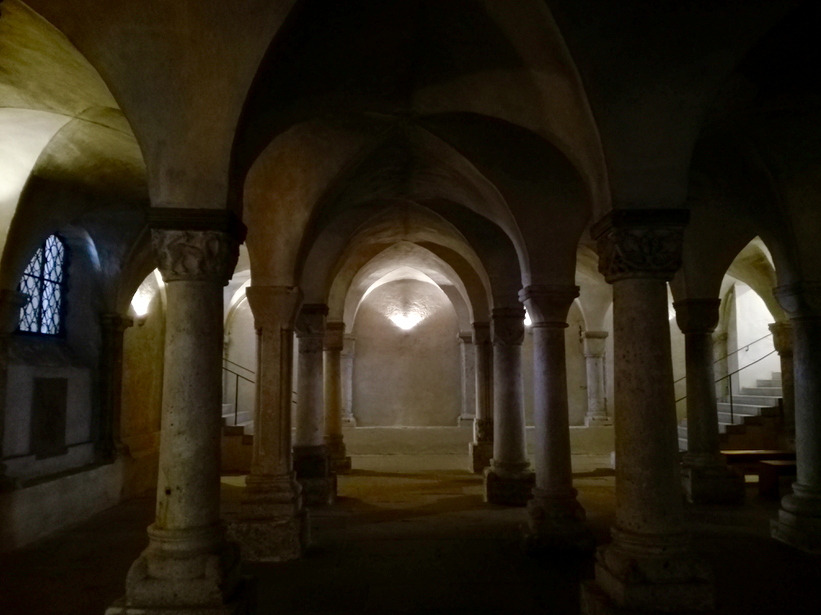